Toyoken was founded in 1889, when Konosuke Ito opened a Gyu-Nabe restaurant under the name Imafuku in Mita-Shikoku-cho, Tokyo.
In 1897, the western cuisine restaurant Toyoken was opened next to Imafuku at the recommendation of Hirobumi Ito and his successive ministers. It’s first head chef was Eihichiro Kitagaki followed by Tokuzo Akiyama, who later became a chef to the Emperor, were the first of many superb chefs who passed through its kitchen.
Toyoken was then acclaimed as the Imperial Household Agency’s most frequented restaurant, leaving its mark on the Meiji Era.

Currently, the head office is located in Tsu City, Mie Prefecture, and inheriting its history and tradition, Western Cuisine Toyoken is connecting its history to the future in Moto Akasaka, Tokyo. 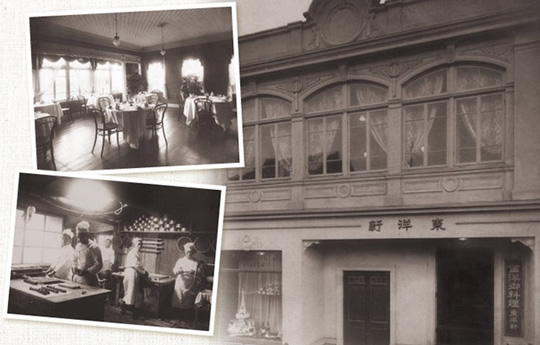 Jet black curry. The start was in the beginning of the Showa Era with a ceramic potter and entrepreneur, known in the saying “Rosanjin in the East, Handeishi in the West.” Handeishi Kawakita asked, “Is a black curry possible?”
After a trial-and-error process, the Toyoken specialty Black Curry, which has been handed down, was completed.
The curry takes about a month to make, slowly stewing the curry with high quality Matsusaka beef lard, flour and secret spices. We continue to protect the taste even today. The curry, made with care, is mellow and has a sweetness and richness that comes from the Matsusaka beef, a flavor that cannot be imagined from its black appearance. 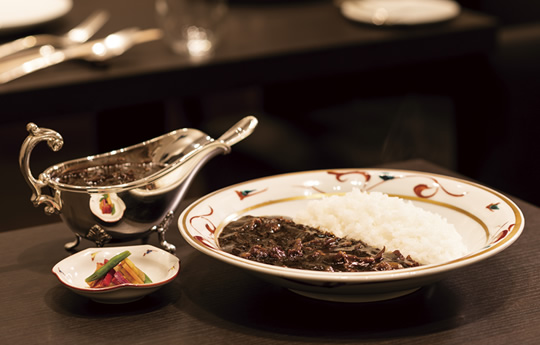